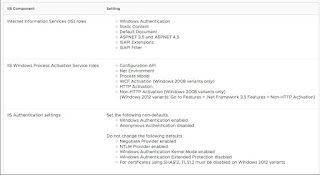 Randhir
Bangalore, Karnataka, India
Hi There I am Randir Chaubey. I am currently working with HCL Technologies as Cloud Solution Architect . I have 12+ Year’s of IT experience and have exposure on VMware vSphere, vRealize Automation, VMware NSX, vSphere Replication and Windows Server Administration. VCP-CMA,VCP-DCV,VCP-NV, VCAP-NV, AWS Certified Solutions Architect - Associate HashiCorp Certified: Terraform Associate I have been recognized as VMware vExpert Cloud 2018 ,2019 ,2020,2021. If you find any of my posts helpful please press like and share it and leave your comments if you want to discuss further on any post. Disclaimer: All the information on this website is published in good faith and for general information purpose only. I don’t make any warranties about the completeness, reliability and accuracy of this information. Any action you take upon the information you find on this blog is strictly at your own risk. The Views and opinions published on this blog are my own and not the opinions of my employer or any of the vendors of the product discussed.